/edititem - Takes the item the user is currently holding and opens the item editor.

Default Minecraft color codes can be used when editing an item. 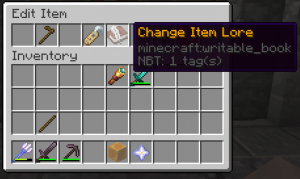 The Item Editor after using the command. 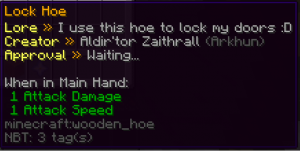 /roll [number] [Strength/Defense/Agility/Intelligence] - Rolls but it automatically applies any modifier you may have. 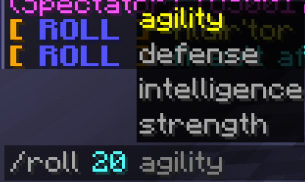 /bottlecolor - When editing a water bottle, you can use this command to change the color of the liquid.

/unsignitem - Removes the player signature from an edited item.

/togglenames - Toggles the displayed name on tab and on the nameplate above the player between Character names and the player IGN.

TIP: shift+right click on another player opens their character card!

/linksign [URL] - Allows the player to paste a link on a sign.

Select a sign by looking at it and use the correct formatting on the sign to apply a link to it. (See images below) 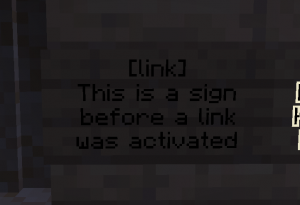 A sign before a link was activated using the linksign command. 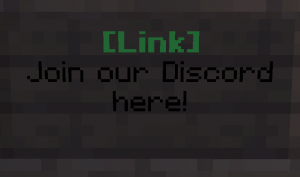 There the player can add and remove users and moderators to their locks.

/date - Displays the current IRP date on the server. 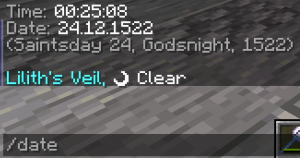 /inventorysearch [IGN] - Shows you a player's inventory if they accept your request. 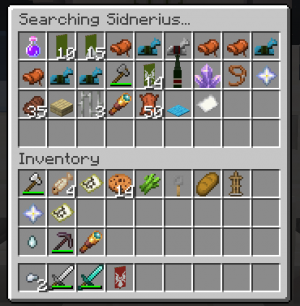 /soulbind - Soulbinds an item to that character. You do not lose that item upon death. Use /soulbind again to remove the soulbind on an item. 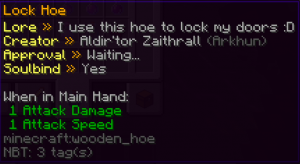 Example of a soulbound item.

/combatcountdown - Let's anyone in a 30 block radius know a fight is about to take place and puts a public countdown in place.

/weight - Opens an extra inventory which displays the weight of items on the player. 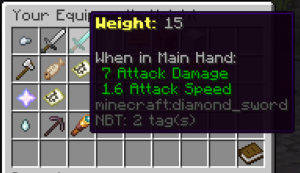 /party invite [IGN] - invites the player to the party.

/party leave - Makes the player leave the party they are currently in.

/party disband - Disbands an active party and kicks everyone who is in it. (Only the party creator can do this)

A party has a little icon next to their name to signal that they are in the party. Friendly fire is disabled between all party members.

Example of a party member and scoreboard.

For a full tutorial on how to use the shop plugin we use, check out the following video: [LINK] 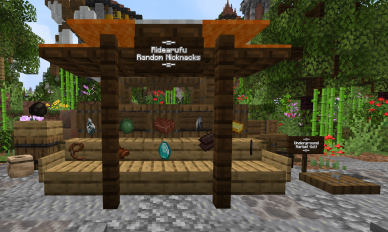 An example of a shop on the server.

/verify [Discord tag] will link your discord and Minecraft account. Allowing you to use some Discord commands.

?date - Shows the IC date and time of the server in Discord <<Discord command